Being healthy is not about physicians, ambulances and technology. I use natural methods to keep my body in balance, writes Mark Boyle, the Guardians Life Without Technology columnist 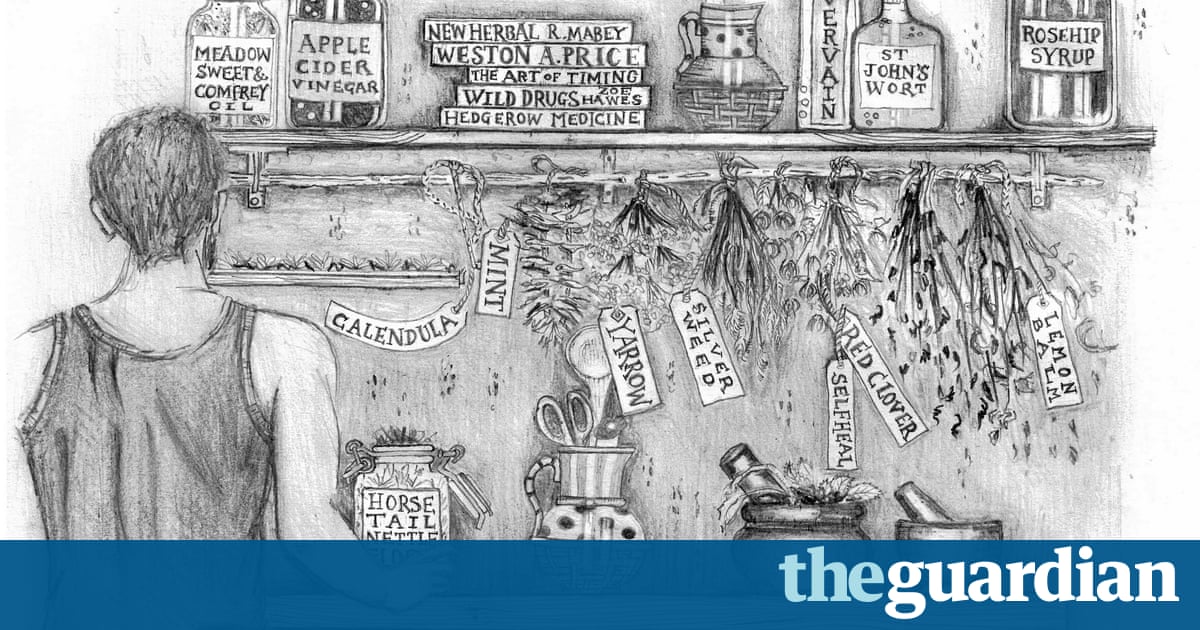 When people learn of my decision to reject modern complex technology in favour of older, slower, forgotten styles, their first line of inquiry usually involves healthcare. Considering its importance to our lives, this is hardly surprising. Yet because of its emotive nature- which of us, after all, doesn’t have friends or family want glass, hearing aids, stents or prescription drugs?- it seems difficult to have a pacify, objective discussion on the subject.

The more concerned and curious inquirers often ask me what I would do if I got seriously ill. While the long answer is complicated and nuanced, frankly, I don’t know. It’s easy to live by your values when times are good, much harder when you’re having a stroke or dying of cancer.

One thing I can say with more confidence is this: if we are still seeking this political ideology of mass industrialism- which has given us ambulances, dialysis machines, wheelchairs and antidepressants- is not merely will we continue to harm our physical, emotional and mental health( leading to even more people needing such things) we’ll also wipe out much of life on Earth.

Industrial civilisation, itself merely 200 years old, is already causing the sixth mass extinction of species of the last half billion years. What’s that got to do with an ambulance? Well, both nothing and everything. The ambulance itself undoubtedly saves lives( including my dad’s ). Yet deconstruct a single ambulance- with its plastics, petroleums, fluids, copper, acids, glass, rubber, PVC, minerals and steel- and I’ll prove you how to lay waste to the very thing all our lives depend upon: the planet.

Big picture aside, most of what afflicts us today- cancer, obesity, mental illness, diabetes, stress, auto-immune disorders, heart disease, along with those slow killers: meaninglessness, clock-watching and loneliness- are industrial ailments. We make stressful, toxic, unhealthy lifestyles fuelled by sugar, caffeine, tobacco, antidepressants, adrenaline, discontent, energy drinkings and fast food, and then defend the political ideology that got us hooked on these things in the first place. Our sedentary tasks further deplete our physical, emotional and mental wellbeing, but instead of candidly addressing the root cause of the illness we exert ever more endeavor, energy, genius and money trying to treat the symptoms and contain the epidemics.

We’ve developed Stockholm syndrome, sympathising with the very system that has economically held us hostage since the 18 th century. Industrialism, along with its partner in crime, capitalism, has even persuaded us that, in order to save ourselves and loved ones from the horrors of illnes we should spraying every surface with chemicals, keep children’s hands out of the dirt and muck, and try to sterilise our entire world. With our immune systems compromised as a result, multi-billion-dollar pharmaceutical companies then sell us products to fend off what our bodies should be able to fight off naturally.

In their cleverness they have even persuaded us to pop painkillers for things that hardier generations would balk at. My own approach to healthcare won’t fulfill the critics, the advocates of this strange thing called progress that seems to have us all more stressed and less content. And that’s OK; I’m not trying to tell people what to do, and I’ve got no product to sell. I share it merely because my editor tells me it’s the most common online inquiry.

In doing so I’m very aware that I’ve been blessed to be born without any serious long-term health issues, and that at 38 I’m relatively young. That said, I’m not convinced that it’s necessary to fall into such poor physical shape, as civilised peoples tend to do. My papa is nearly 73 and he can still cycle 150 km before dinner, simply because he has never stopped looking after his health.

The philosophy underlying my approach is that of any herbalist: keep the vitality in your body strong, and be mindful to do it every day. When it goes out of ease and into illnes, use the appropriate plants- the original source of many industrial medicines- to bring your body and mind back into balance, and to restore optimal functioning. Your body is always aiming for balance and health, and listening to “its one” of the best things you can do. Illness is feedback- the sooner you heed it and restore your vitality, the less likely it is you’ll develop more serious problems.

I pick my own fruit and veggies from the garden and hedgerows, and eat them as fresh, raw and unwashed as is optimal. I cycle 120 km every week to lagoons and rivers, where I then expend three evenings of that week relaxing and catching the following day’s dinner. I work outdoors, get sweaty and dirty doing things I enjoy. I built the tough decision to live in the natural world so that I could breathe clean air, drink pure water and create life that allows others the same. I wash with water, and water only. I use no chemicals inside or outside the house. I wear as few clothes as I require, I use nothing electrical- no fridge , no screens , no telephone. I avoid sugar, caffeine and stress like the plague.

Sleep comes and goes with the light- I find six hours of peaceful remainder sufficient. If and when I do feel ill or out of balance, my girlfriend Kirsty( who illustrates these articles and is teaching herself herbalism) recommends a plant from our herb patch and I slowly feel vital again. She’s currently drying yarrow, horsetail, silverweed, self-heal, calendula and chamomile for the winter months.

I appreciate that this may sound unrealistic to many. When I was running 60 hours a week in a low-paid chore in the City, 10 years ago, it did to me too. I merely managed to do it by stripping away modernity’s bullshit, learning to live with the land, and reducing my bills down to zero. Simplicity in these times is hard won, but I’ve found that it’s worth it.

I was simply speak for myself, and I support everyone’s decision to care for their own health as they see fit. Ultimately, we’re all going to die and I wish to go out like the American writer and conservationist Edward Abbey: by taking off to the wilderness, where wildlife can feed on my dead body just as I have done on theirs. It seems only fair.

Two things, in this respect, I find important. One is that like Henry David Thoreau once remarked, I do not safely reach demise and” discover that I had not lived “. Second, that I don’t cling to my own fading sunlight so desperately that I extinguish it for all else. Like better than good guests, it’s wise not to overstay your welcome.

* This article was written by hand and posted to an editor at the Guardian, who typed it up to go online. Get in touch with Mark Boyle, the Guardian’s Living Without Technology columnist, here or in the comments below, a selection of which will be posted to him