As a budget crisis bites, liberals and some conservatives wonder if rightwing fears over abortion and transgender rights are tipping their state into chaos 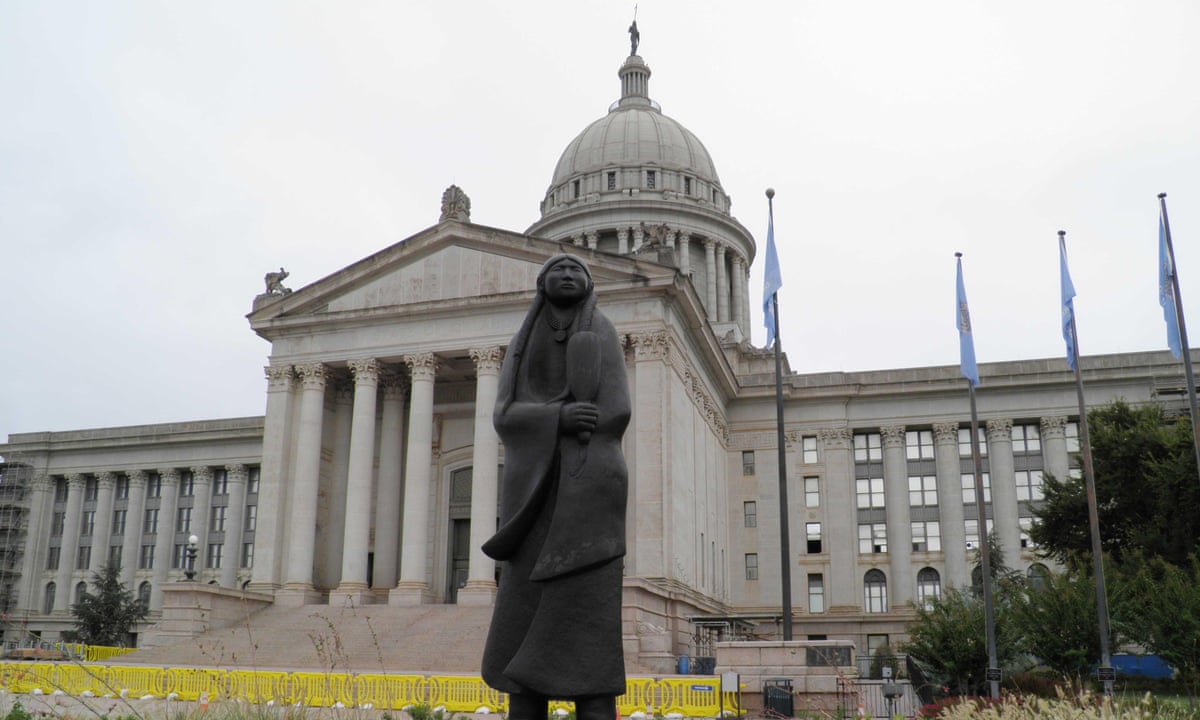 Sitting in a barge on a pond in northern Oklahoma, on a weekend away, Troy Stevenson took a phone call about the news from Washington. He resigned himself to a busy Monday.

That was two weeks ago, and he has hardly stopped since. Stevenson is executive director of Freedom Oklahoma, an LGBT rights group. With the country legislature in session and Republicans around the country fulminating about the Obama administrations guidelines telling schools they must let transgender students use facilities that match their gender identity, he knew what was coming.

Stevenson and other activists had spent months working successfully to thwart 27 bills they watched as anti-LGBT the most of any state this year. But on 13 May, the federal directive threw conservatives fresh meat.

Oklahoma Republicans introduced a resolution calling for Barack Obamas impeachment and, with the end of the session looming, scrambled to push through Senate Bill 1619. The bill justified its late addition to the slate by claiming a public health and safety emergency and pressing two hot-button topics: proposing that if a school allows transgender students to use the facilities of their choice, a student with sincerely held religious beliefs could request a religious accommodation for access to a transgender-free bathroom.

Its supporters argued the bill opposed DC overreach while protecting religion liberty and child security. Adversaries decried it as bigoted, unnecessary and impractical. Content aside, to many in a struggling nation the bills timing seemed awry.

Oklahomas intertwined relationship between politics and the energy industry is unabashedly symbolised at the statehouse, where petroleum derricks stand on the grounds.

Since the summer of 2014, sinking costs of crude oil and natural gas have contributed to a $1.3 bn budget shortfall. Yet only a couple of days before the end of the legislative conference, some rightwing lawmakers were occupied with transgender bathroom bills and plots to override a veto by the Republican governor, Mary Fallin, of a bill defying federal statute that would in effect have banned abortions by criminalising physicians who perform them.

In the middle of a crisis so severe that some Oklahoma school districts are switching to four-day weeks to save money, the states legislators voted for this seemingly unconstitutional measure that would inevitably have become embroiled in legal action. They fussed about restrooms, which transformed from a non-issue to an urgent need of public safety and religion autonomy almost overnight.

It was easy for critics to deride members of the legislative council as derelict, a body swept up by populist causes clbres and headline-grabbing opportunities to pander to a conservative base that is key to re-election in one of the nations reddest nations. Mitt Romney carried every single Oklahoma county in the 2012 general elections, as did John McCain four years earlier.

Its a characterisation that even a Republican state representative, Doug Cox, sees hard to refute.

Theres likely no more anti-Obama state than Oklahoma, he said, and so anything with his name were linked to it is an uphill struggle.

Sometimes they get, I think, what I would say sucked into building votes for bad bills just so that they can go home and say, Hey, I voted a pro-life bill, an anti-abortion bill, without realising the full consequences of it.

Cox was speaking in his capitol office, which is decorated with a photograph of one of the cities in his district east of Tulsa: Jay, the self-declared Huckleberry capital of the world.

The handsome Greco-Roman capitol building in Oklahoma City was finished in 1917 but a dome was not added until 2002. Largely funded by private fund, the names of major donors such as Conoco and General Motors were prominently engraved on a ring at the base of the domes beautiful interior.

On Wednesday, Stevenson of Freedom Oklahoma strode beneath Hobby Lobby and Halliburton and, as on many other days, scurried up and down stairs and through marble-floored corridors, phone stuck to his ear, talking to lawmakers and activists, trying to find out what the hell was going on.

The night before, a 10 -1 0 referendum meant that SB1619 would not progress out of the committee stage. But Stevenson got term on Wednesday that furtive machinations were afoot to revive the measure by replacing the language in what was previously a peeping Tom bill. The strategy was a workaround because it was too late in the session to writer new legislation. To Stevensons relief, the gambit quietly stalled before the Friday evening deadline, as did moves to overturn Fallins veto.

Victory tempered by the dogged nature of his foes and the knowledge that combat will be rejoined next year. Stevenson sounded an optimistic note: yes, there were a lot of fretting bills proposed but they were scuppered, one way or the other.

There are a lot of fair-minded legislators in this building who understand that these issues are not something that they should be focusing on, he said. They realise its driving a wedge between people and as more and more of them realise that they have family members and friends and neighbours who are homosexual, lesbian, bisexual, transgender, it changes their minds.

Ive seen them change their intellects in the last two or three years. Theres no question that the more people come out, the more they realise this matter affects everyone and these bills are nasty just for the sake of being nasty.