The unbeaten Russian defended his UFC lightweight title against Conor McGregor, then climbed into the crowd to brawl with the Irishmans team 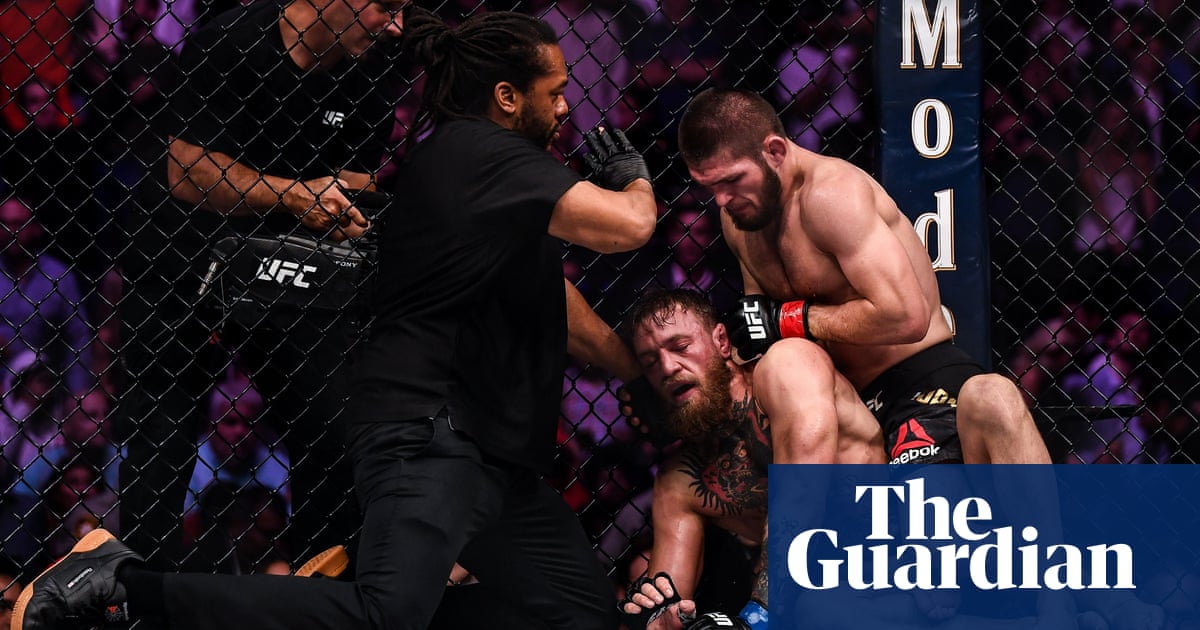 Khabib Nurmagomedov eventually applied the neck crank, and almost immediately Conor McGregor’s right hand struck his left shoulder in succession, a signal of submission, and the proverbial white flag in a war of attrition.

It was the shining moment of the Russian’s career. But then, in an act of spontaneous idiocy, the moment was ruined.

Nurmagomedov apparently wasn’t satisfied to simply demonstrate he was the superior fighter in the octagon on Saturday night at UFC 229. No, for Khabib, the fourth-round finish that should have been the culmination of months of vitriolic barbs between both camps wasn’t enough to conclude the feud.

The unbeaten lightweight champ insisted Thursday that he wouldn’t shake McGregor’s hands even after the fight. The terms clearly weren’t your usual pre-fight fare meant to sell tickets. Khabib took it all to heart. The insults about his Muslim faith; the jokes about Dagestan; the litter talk aimed at his father, Abdulmanap.

In a wild, surreal scene at T-Mobile Arena, Nurmagomedov hurled himself over the top of the enclosure, across an officials’ table and onto the floor, all in order to exchange punches with Dillion Danis, the Irishman’s jiu-jitsu coach. Soon after, the ugly fracas spilled inside the confines of the octagon.