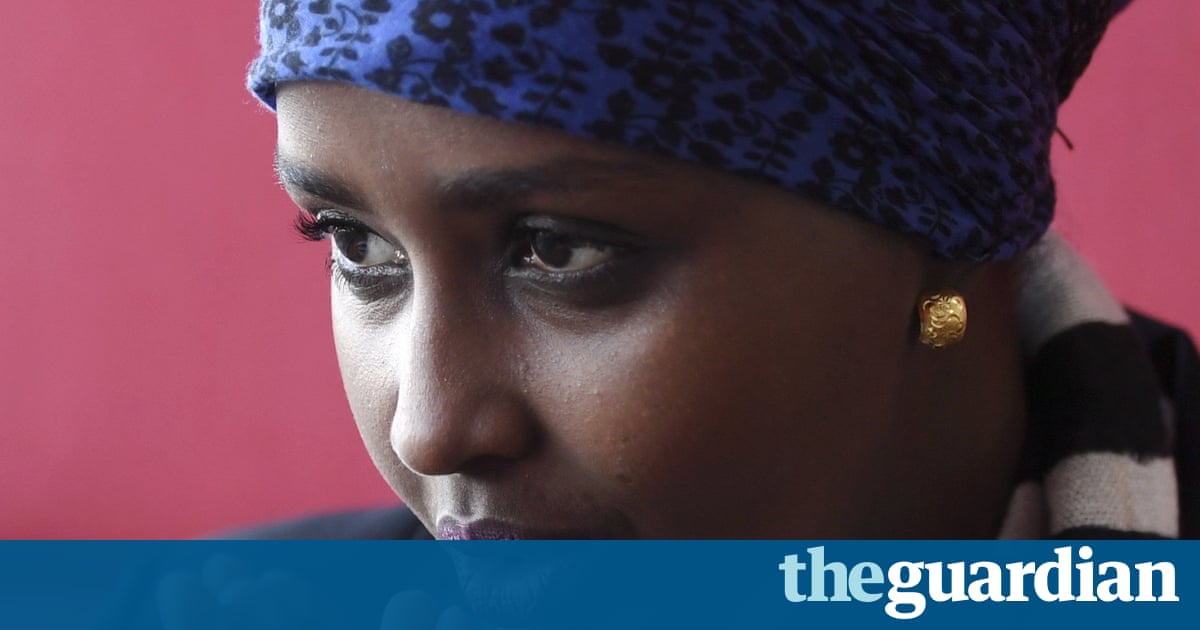 Softly spoken with assertive undertones, Fadumo Dayib is the first woman ever to run for the presidency of Somalia. As a Somali female campaigner, she was a shero of mine before I gratified her.

The odds are stacked against Dayib defeating incumbent Hassan Sheikh Mohamud; she isnt even listed as a candidate in analysis in regional media and has said herself that she has little chance of winning.

But Dayibs courage says something about my home country and how far its come. So far, the daily death threats she receives are greatly outweighed by the overwhelming support from fellow Somalis. Dayib believes Somalia is ready for female leaders and the fact that she can run at all is in itself cause for celebration.

I ask the most obvious question: Why do you want to run for the Somali presidency in such a hostile environment to girls ?.

Living in Finland, she says, gives her many privileges she wouldnt have had in her own country, and she wants to extend these to women and girls back home. Dayib wasnt fully literate until the age of 14 but now has several degrees in international public health, including one from Harvard, and is currently a doctoral candidate at the University of Helsinki. Born in Kenya to Somali parents, as a child Dayib was deported back to Somalia with her family. When civil war broke out shortly thereafter, the family was forced to leave again, ending up in Finland.

All I want is for my people to reach their full potential and exercise their constitutional rights, she says, adding that by running for the presidency, she is exerting her rights as a Muslim woman. During our discussion, she frequently conveys sadness at the global wave of Islamophobia and the portraying of Muslim females as voiceless and weak. Were she to be elected, she would want to ensure Somalia practices the correct Islam, the religion of peace.

Dayib has seen first hand the violence of extremists al-Shabaab in Somalia, where she worked for six months setting up maternal health clinics before the UN evacuated her over security concerns.

However, the everyday hostility she faced was oddly familiar. It was very similar to what my Finnish colleagues were telling me, you came to our country to take our undertakings. Now I was being told by Somali colleagues, you came back to Somalia to take our tasks. So where was I to go? I was stuck in the middle. Where did I belong?

From there, Dayib went to Fiji and Liberia, where she helped set up HIV prevention offices and trained health care providers for the UN. Watching how Liberia had emerged from long-term strife brought Dayibs supposes back to her ancestral land.

Why cant Somalia be like this? I want to be in an environment where you dont hear gunfire, daughters are going to school, women are working, people feel happy, she says. Experiencing progress in other African countries gave her hope, but she was under no illusion about the difficult road ahead. The start, however, is always the more difficult and thats what her candidacy is all about: a huge step for Somali women and for Somalia as a whole.

Even if Dayib not chosen as next chairperson at the election( currently scheduled for 30 November) she vows to stay in Somalia. Her plan is to set up an independent panel to deal with corruption. She says its her duty to help rebuild the country, and is is adamant that more Somali girls should expend back in Somalia whether economically or through their skills as physicians, teachers or social workers.

Dayib is under no illusions; she knows Somalia is still very male-dominated, and that when she announced her bid for the presidency, many people struggled to believie it. I was one, but fulfilling her has extinguished any doubts. Dayib is fierce and her vision for Somalia is clear.

I have a calling and purpose in this world, she says. We must stand and speak up against injustices, my family get that, its not easy but this is who I am. If caring my land entails I will die, so be it.

Dayib and I both know too well that Somali women do not lack strength, intelligence or skills; what they lack is opportunities to reach their goals. We agreed that women and girls in Somalia are in desperate need of safe spaces to access resources, support, education and for protection.

Our country faces great challenges. The al-Shabaab rebellion is undoubtedly one of the greatest, but it does not frighten Dayib. She believes that by creating a stable environment, and reclaiming the Somali identity, she can address the anger and disenchantment of young Somali humen that is fanning the rebellion.

In the end, however, corruption might prove a greater obstacle. Dayib places objective corruption at the top of her candidacy priorities. She recognises, however, that corruption is also the greatest obstacle to her own the possibilities of win, possibly even greater to her being a woman. I hope this will not be the case. I believe that a chairman like her could take on the great challenges facing our country.

Meeting Dayib reignited my own commitment as a campaigner. It helped me believe again that no battle is too big to fight.

Join our community of development professionals and humanitarians. Follow @GuardianGDP on Twitter. Join the conversation with the hashtag #SheMatters .